Huntons work first started at Teddington in 2008 when we fitted new lock gates. More recently Huntons carried out extensive works at Teddington Weir to fit a new drive system to the two main sluice gates as well as fitting two new tilting weirs. Following a breakdown of the existing 1930s drive equipment in 2015, Huntons surveyed the site and developed a plan to refurbish the gates and drive system. This was made difficult by the fact that the two gates shared a counterweight and one gate needed to remain operation throughout the works, also there was no way of getting a crane into place that could lift the parts necessary. Huntons developed a bespoke solution fitting a large temporary gantry crane over the existing gates which provided lifting capabilities during refurbishment works. Huntons overcame the issue of synchronization which is normal for two independent powered hoists with a custom designed control system to ensure the gate was kept level at all times.

Huntons designed and built two new hoists to operate the sluice gates which were installed and commissioned in 2018. The hoists are capable of lifting a total of 20 tonnes each without the need for a counterweight improving reliability and reducing maintenance from the previous winch. Huntons also repainted the gates insitu, replaced the gate end carriages which included new wheels and fitted new seals. These works required more bespoke temporary works to allow access up the gates which Huntons designed and built.

Finally Huntons also designed, built and installed two tilting weirs at Teddington to replace gates which had exceeded their design life. The 4m wide 1m tall tilting weirs were operated form wire winch hoist installed over the top which was commissioned start of 2019. 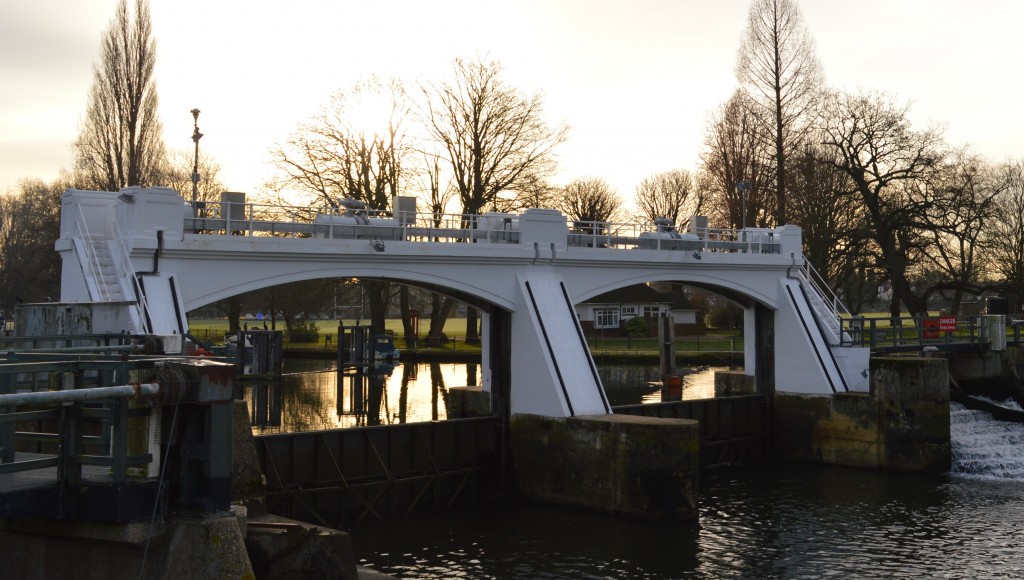 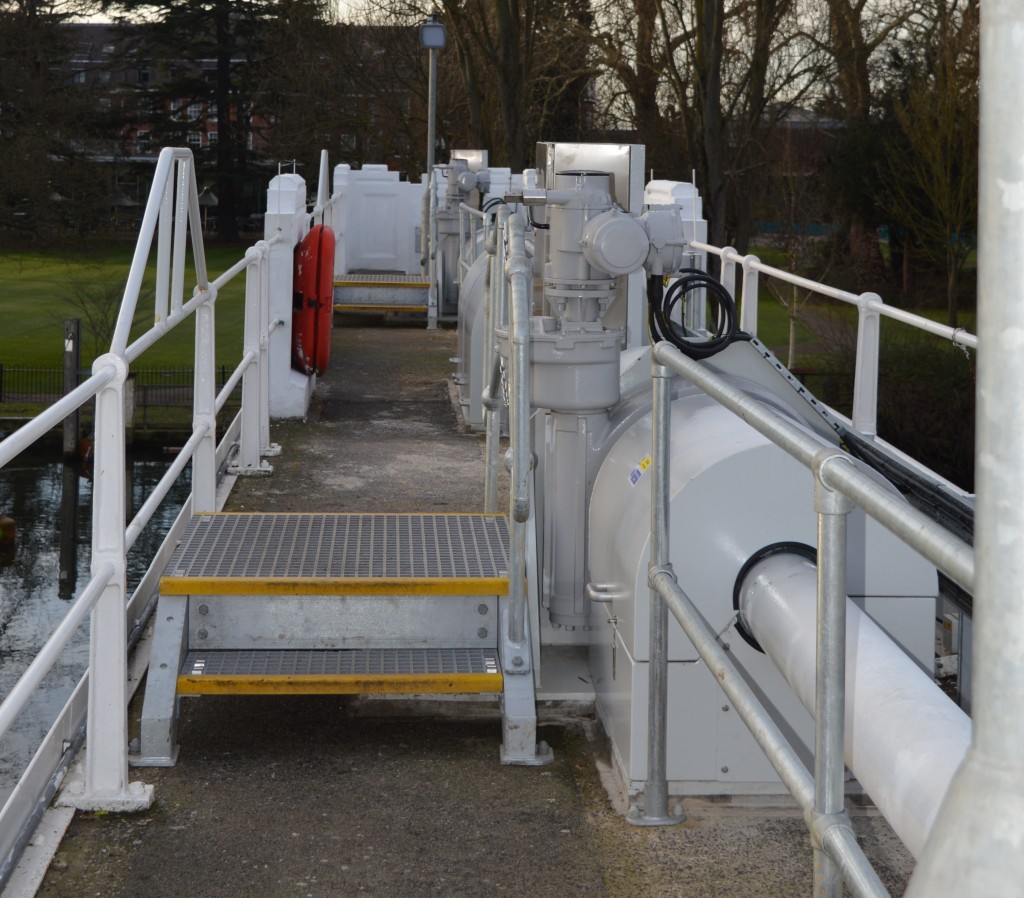 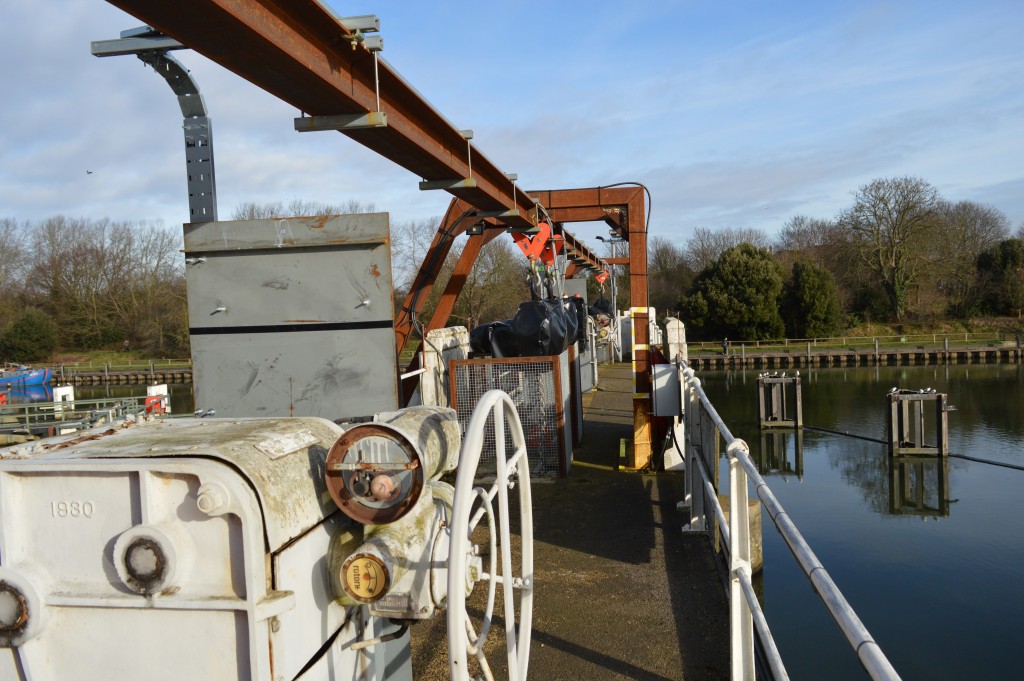 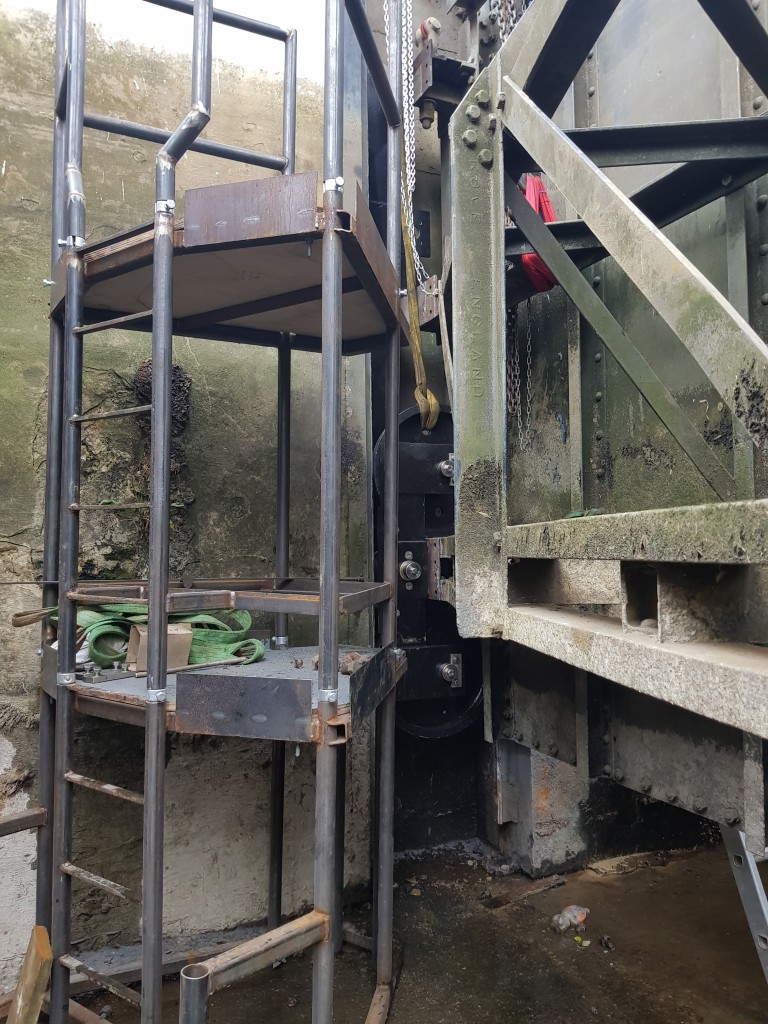 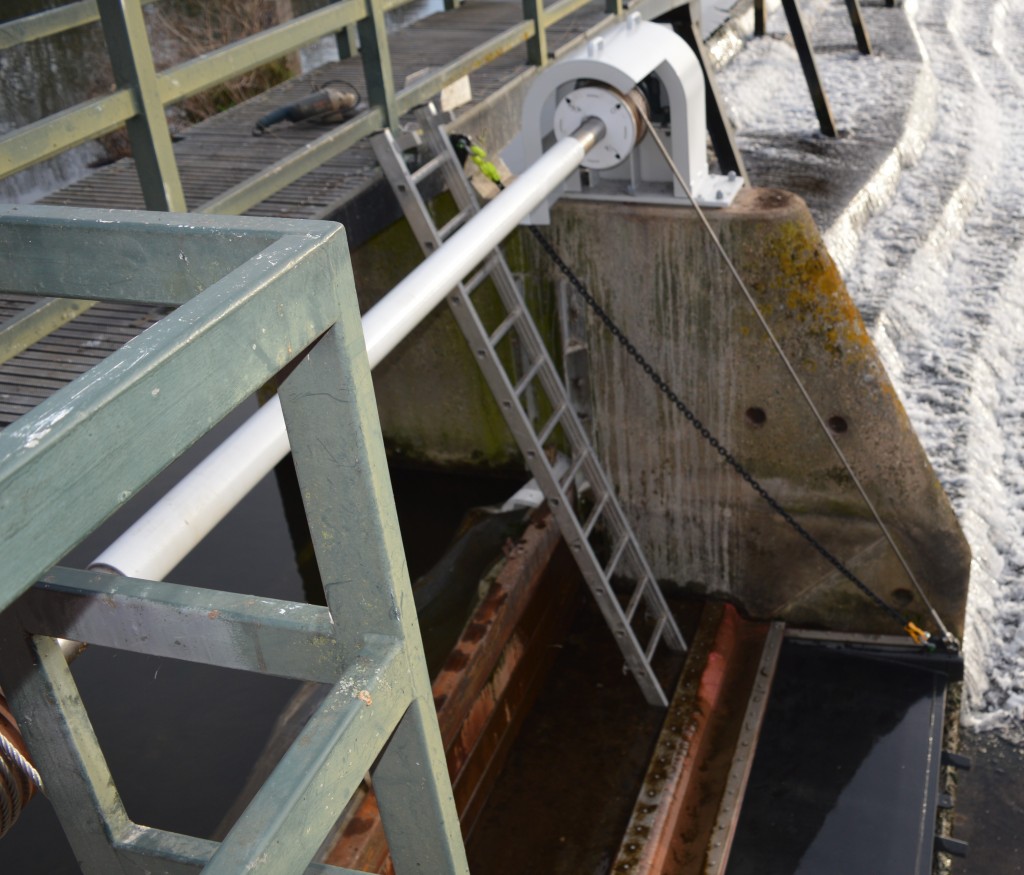 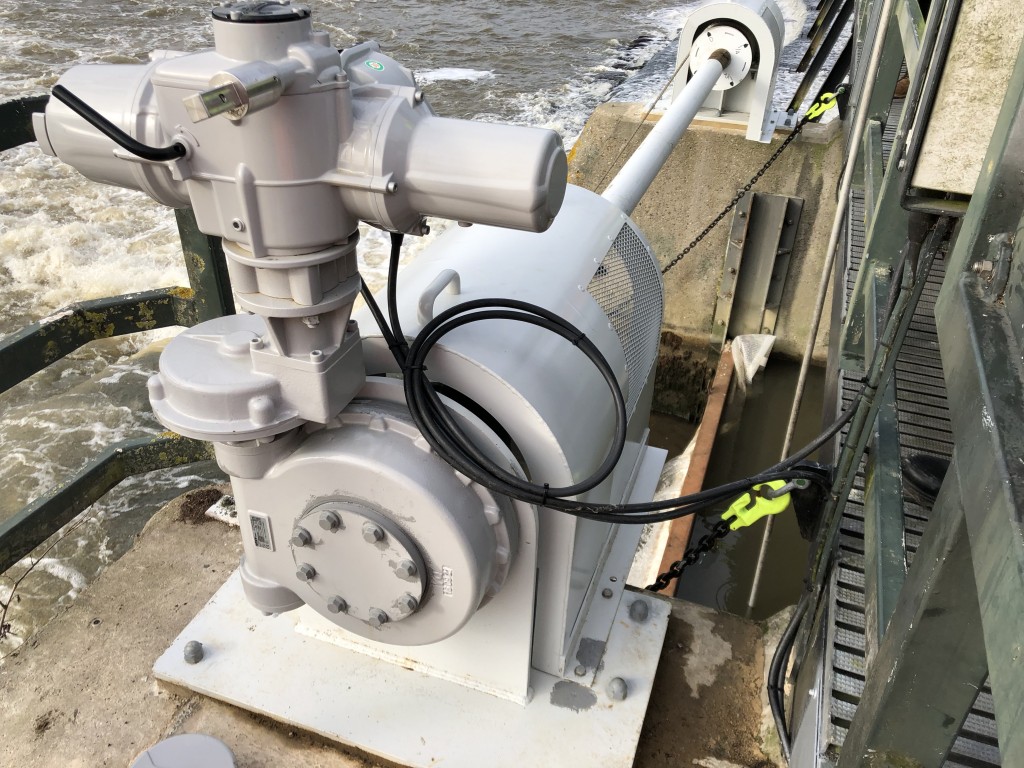