Following on from the 2010 works to Molesey Weir A, Huntons secured the M&E elements for the replacement of Weir B in 2013. The works included the removal of the existing buck gates and replacement with 7no new rope operated radial gates. The new gates are 4m x 4m and weighed approximately 4 tonnes each. The gates were installed complete with new mechanical winding gear and a complete electrical control system,  a new access bridge and a fish pass.

Each gate was fabricated in S355 carbon steel and CE marked to BS EN 1090 with all machining for the winding gear carried out in house. The new drives consist of Rotork IQ actuators operating the rope drum shafts to control motion of the gates. New stainless steel bespoke bearings for the drives and pivots were made and installed with the gates. A new bridge system was constructed in carbon steel with GRP decking and Oak railing system to provide an architectural look to the structure in keeping with the area.

The equipment was coated to ISO 12944 C5M standards and installed on site working closely with WEM framework contractor JT Mackley. Works were completed and commissioned in late  2014.

These works followed on from the reconstruction of Molesey Weir A 3 years earlier which consisted of the manufacture and installation of 10 No new radial gates, bridgeworks and winching system. 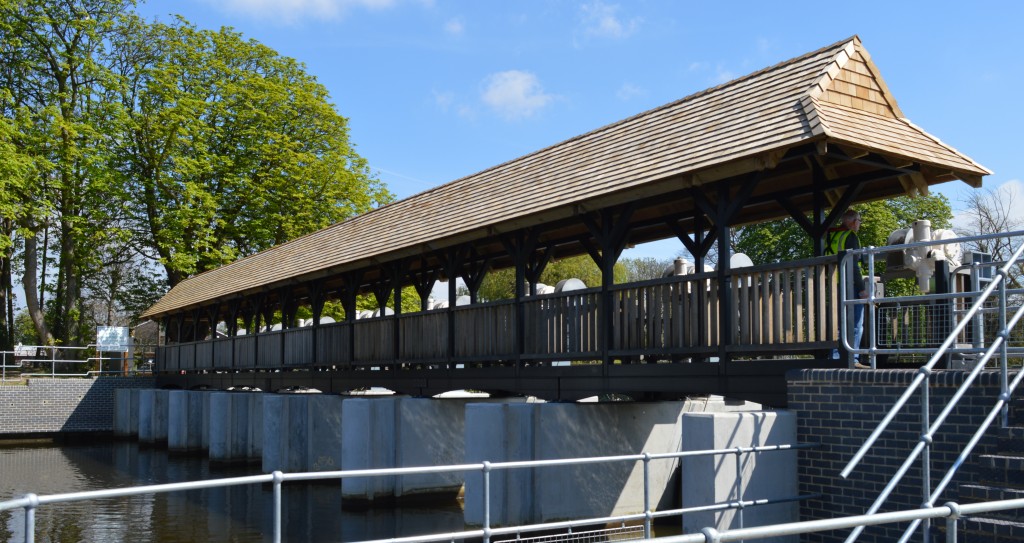 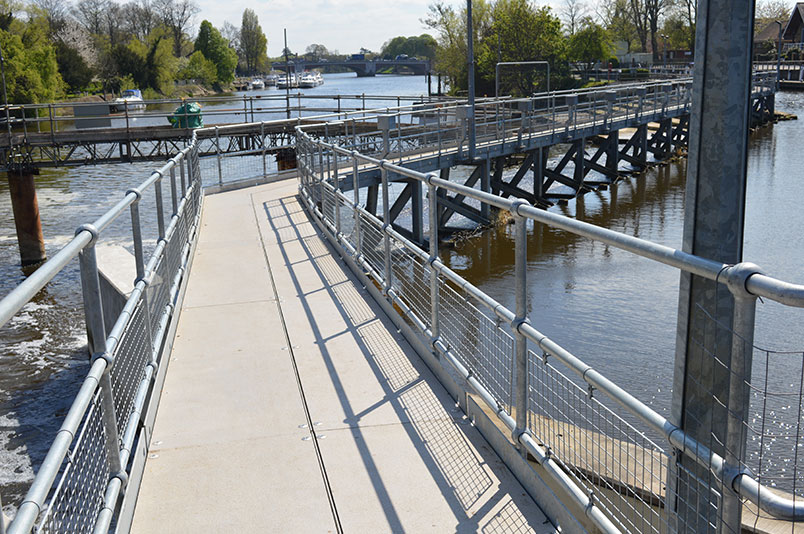 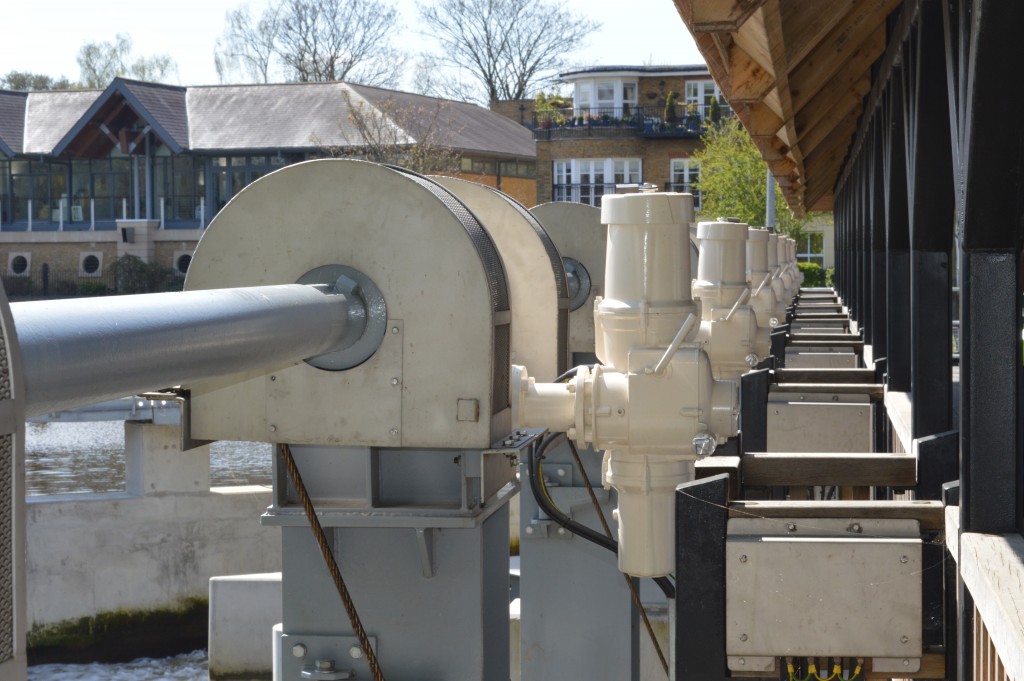 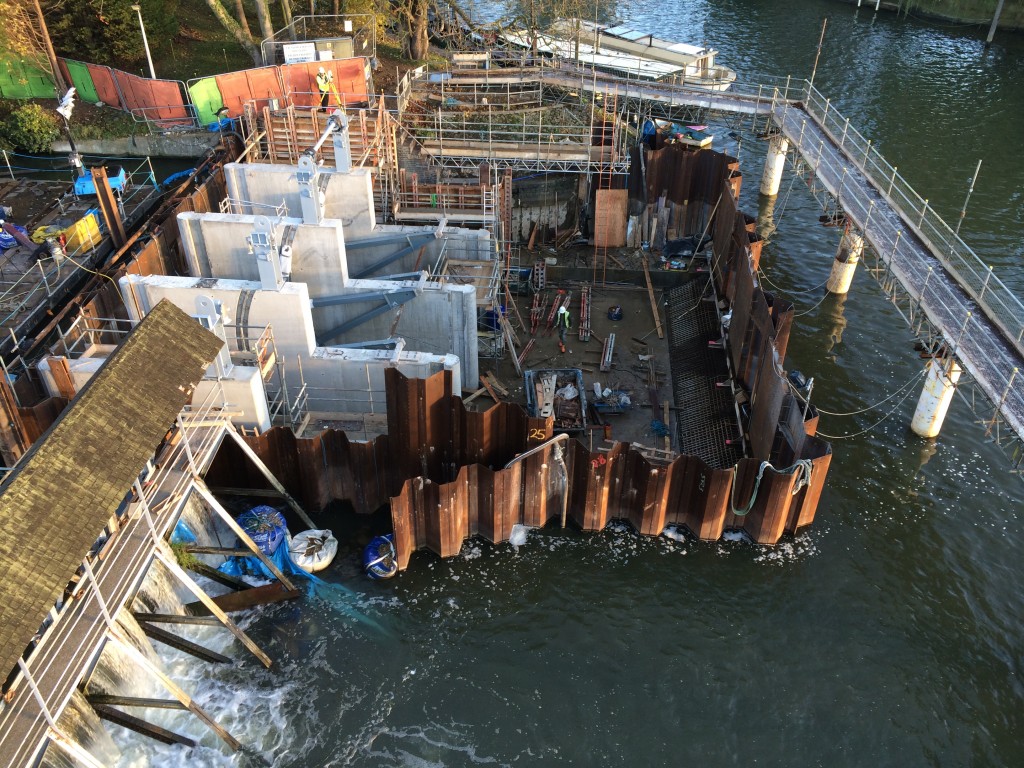