In 2010 Huntons won the contract to design and detail an automatic displacer tank operated radial gate. Acting as a specialist sub-consultant, the gate was fully designed including finite element analysis of the gate structure. Special consideration was given to the flows in and out of the  displacer chambers  to ensure correct operation of the gate when installed.

The finished design saw the gate span 4.5m and retain an upstream head of 2.5m. The gate operates on a pivot system with displacer tanks partially submerged in chambers which responds via a control weir to the changing upstream level. the gate then lifts as the upstream level rises providing automatic operation of a gate that required no power.

Subsequent to the design a full tender pack was completed and issued to the client. Huntons then won the contract to fabricate and install the gate in 2011. Following on from a successful site installation and commissioning the gate has provided accurate river control. 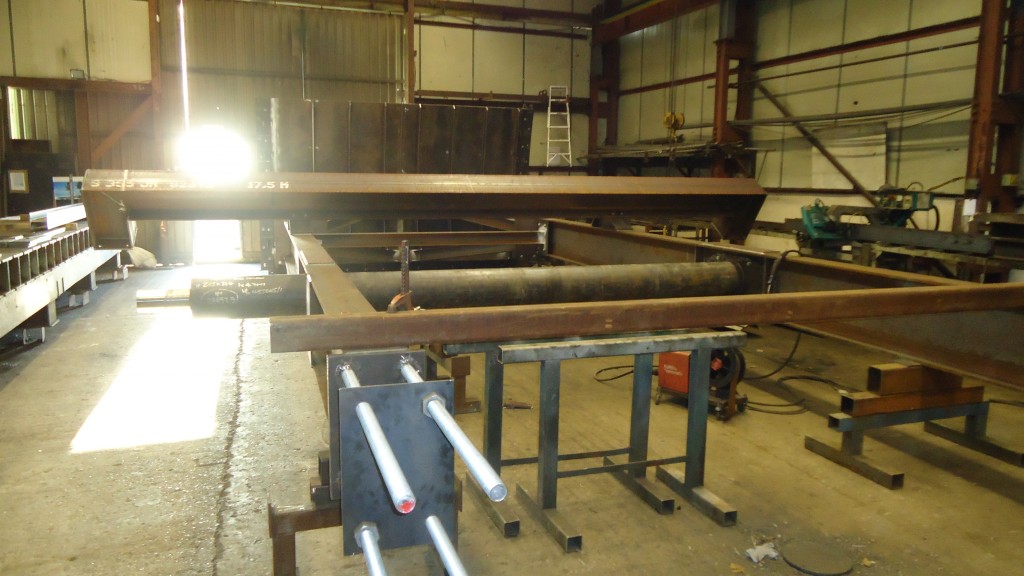 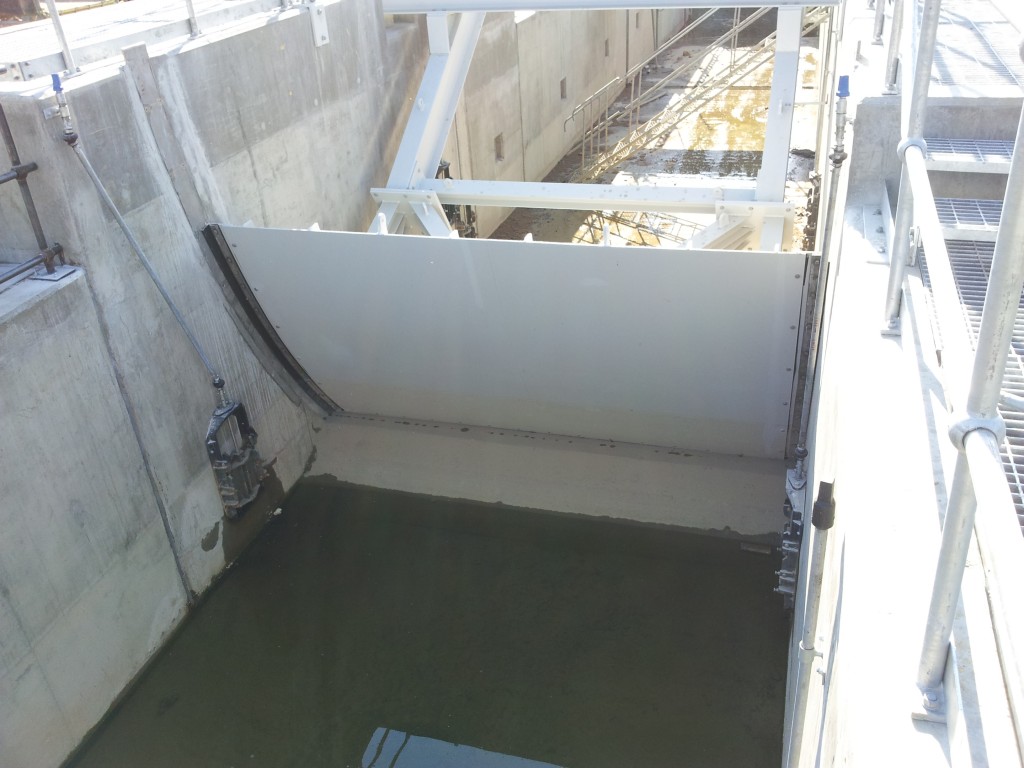 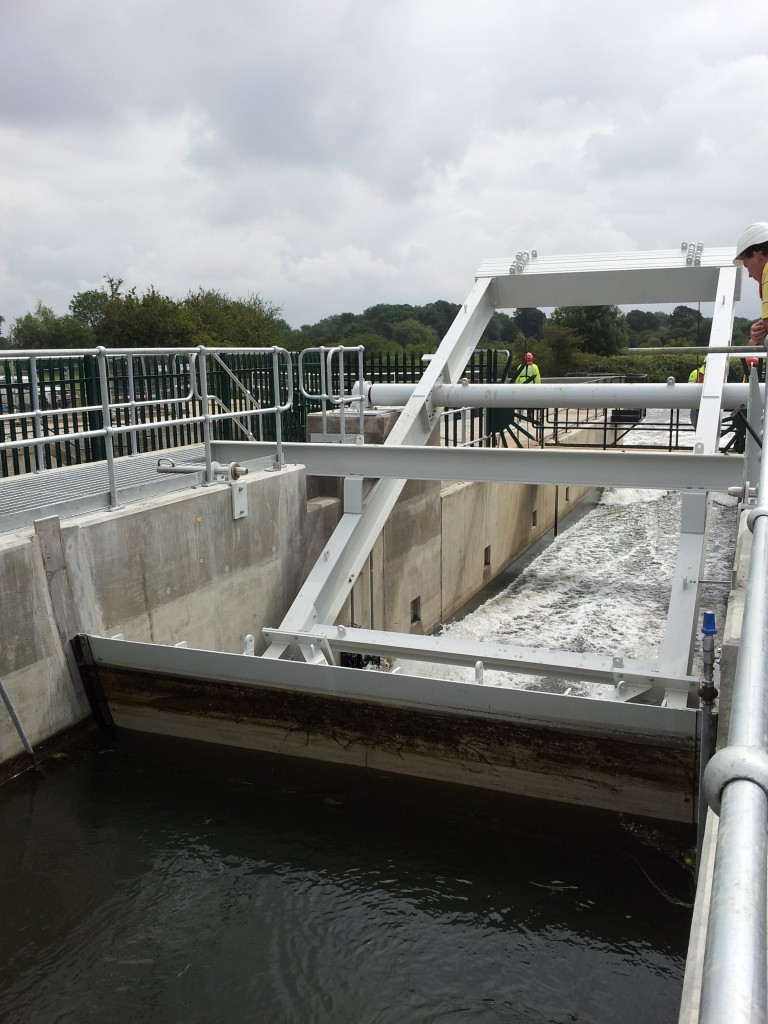 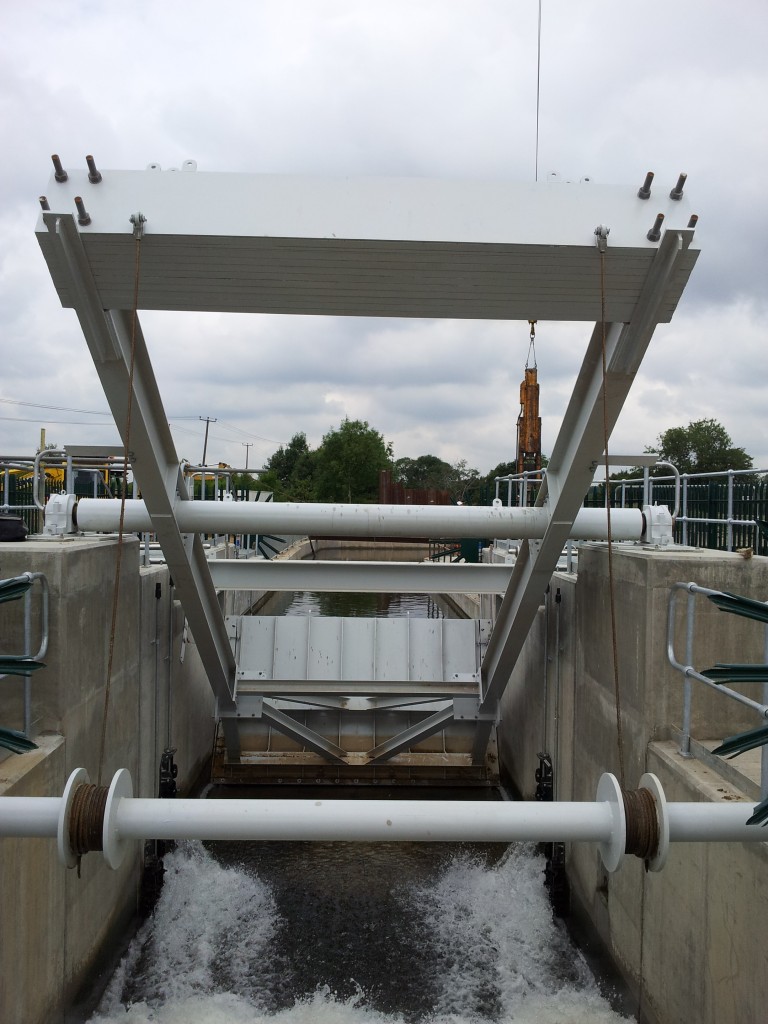