As part of the TEAM2100 scheme Huntons have recently commissioned a new tidal defence gate at the entrance to Canal Basin in Gravesend, Kent. As a result of an engineering inspection carried out by Huntons in 2014 we determined that the existing gate was showing severe rust and was in need of replacement, along with an ageing operating system using an outdated manual winch system which was not fit for purpose. The design of the new gate commenced in 2017 working in unison with Jacobs global design team to produce a collaborative design.

Working closely with the Environment Agency we designed and built a new gate and operating system including 15kW hydraulic actuation system, three integral Rotork driven sluice gates as part of the silt management system and an automatic control system. The new system has multiple modes of operation to give flood resilience and the ability to close the gate in the event of a power cut. The new gate is approximately 10m wide x 10.5m tall with a mass of 29 tonnes and is moved via a 4m stroke hydraulic ram. This new system improved the time to deploy the flood defence from around 20 minutes to 2 minutes.

The design had unique challenges including working in a tidal channel requiring careful planning to avoid disruption to the river users. The new gate could not be transported via road in one piece due to its size, and therefore had to bolted together in 4 large sections on the bank side using over 1000 structural fixings. Using past experience Huntons pre-assembled and tested the entire head works and drive system for the sluice gates in our workshop in Kent reducing the time on site by over two weeks.

Huntons are proud to announce that this project was delivered on programme and within budget with commissioning completed in July 2019. 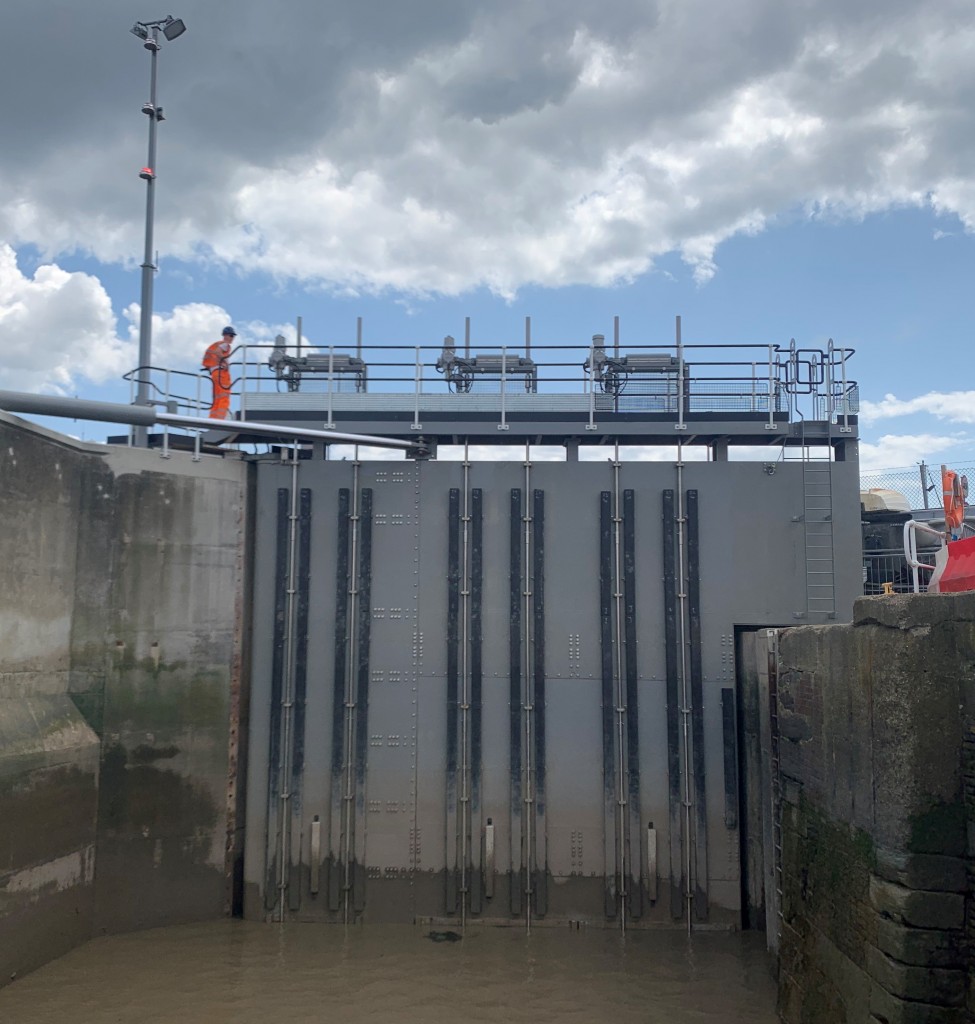 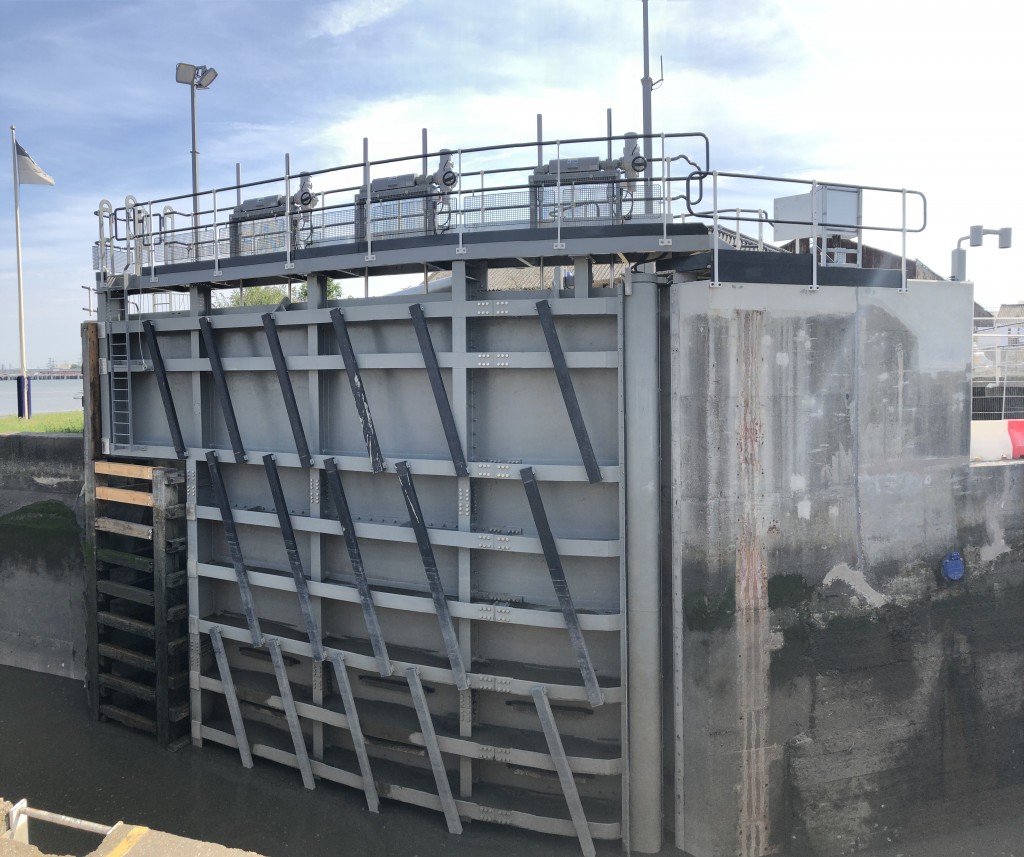 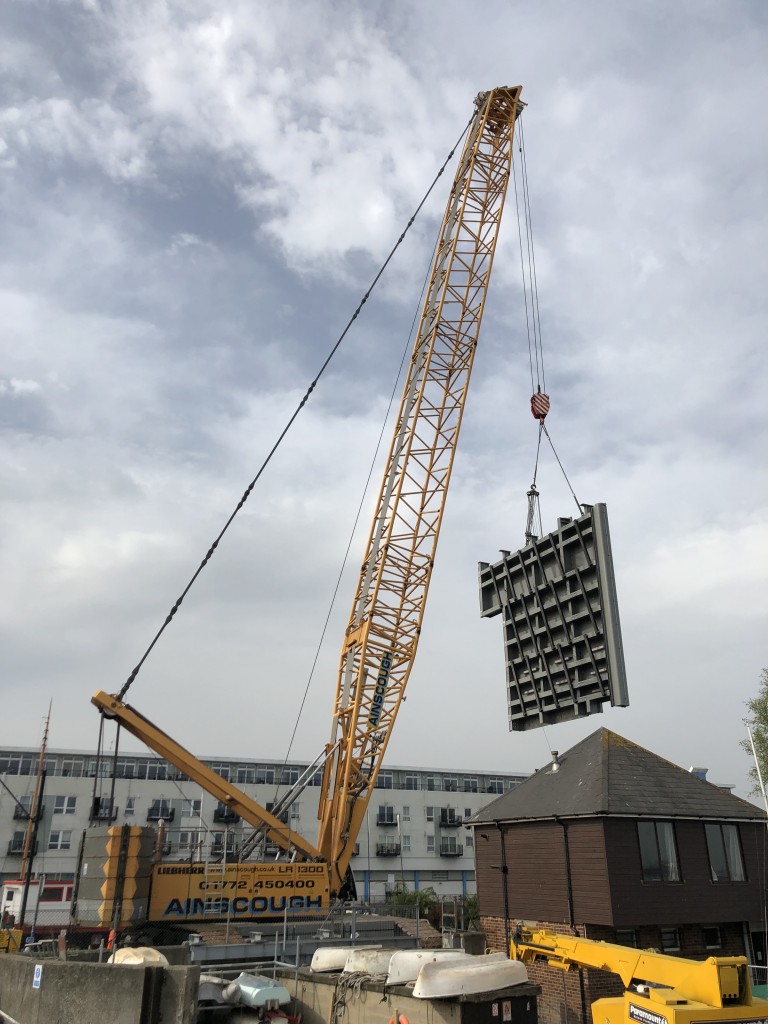 Canal Basin gate being lifted in 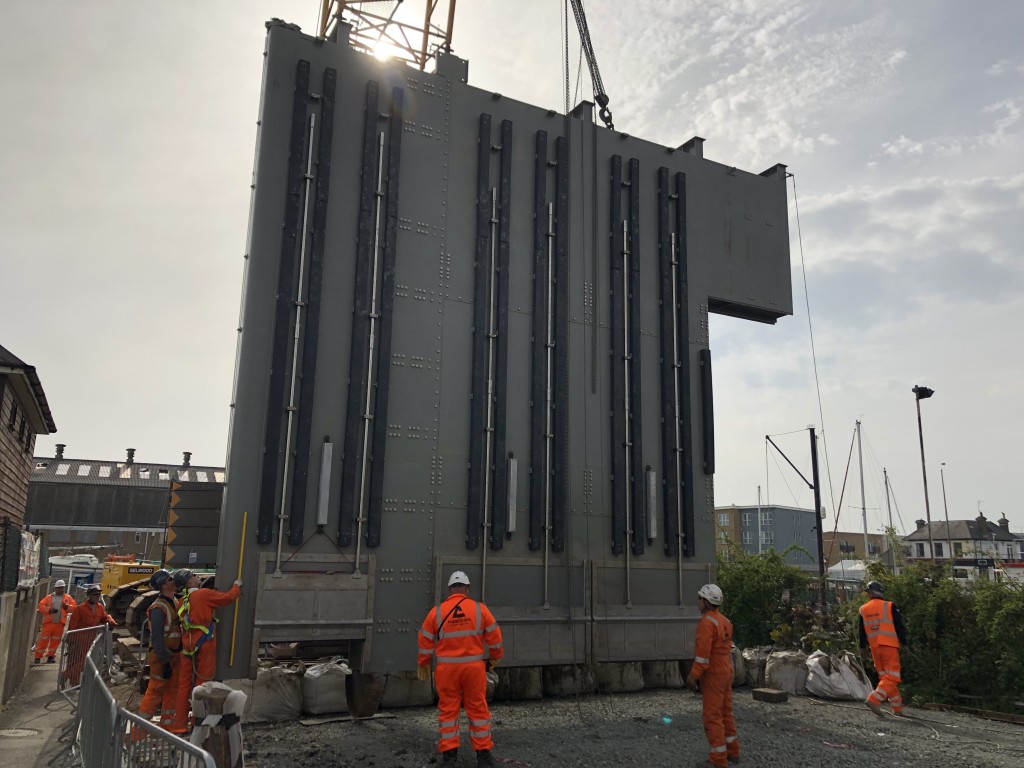 Gate being lifted in on site 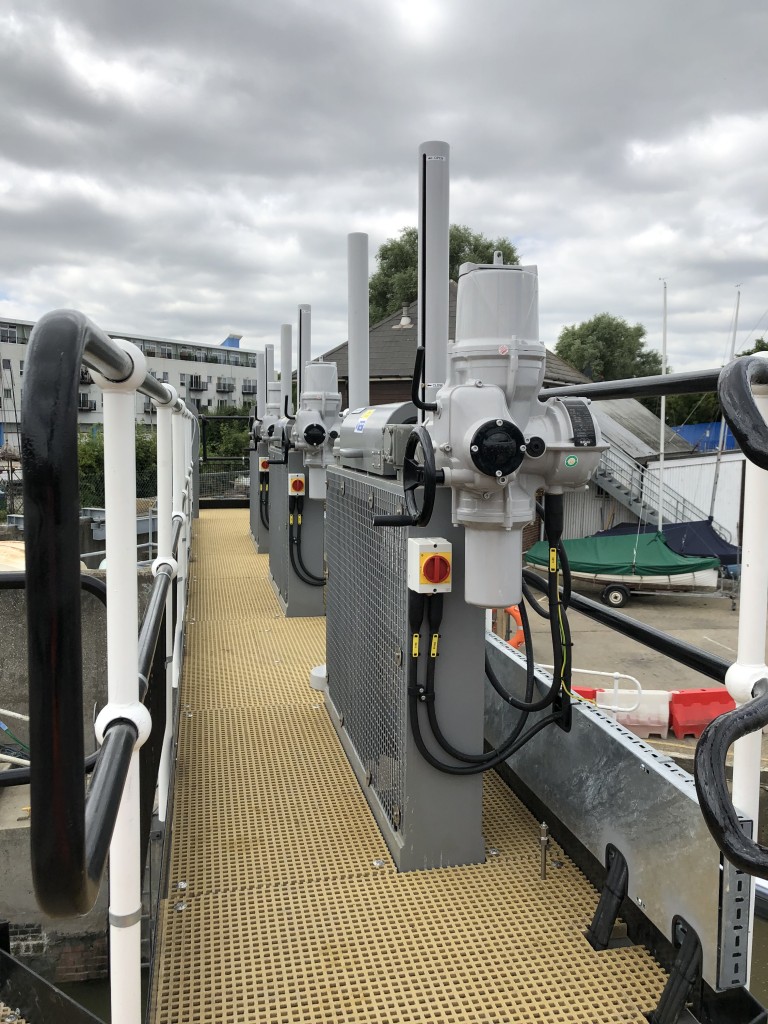 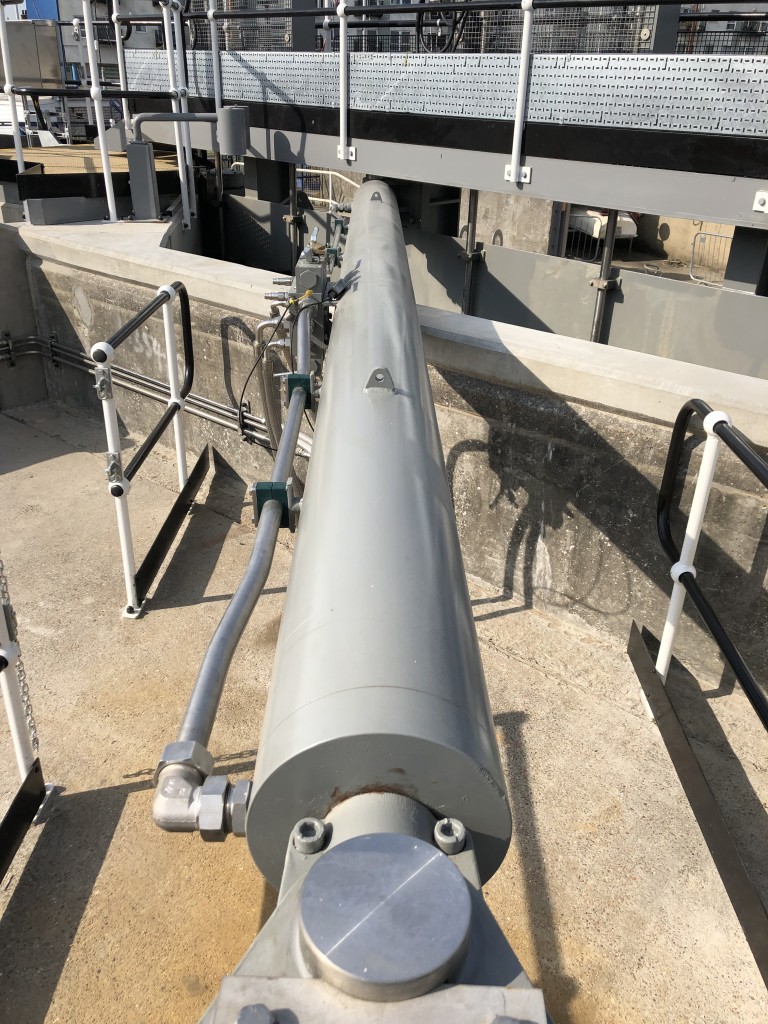 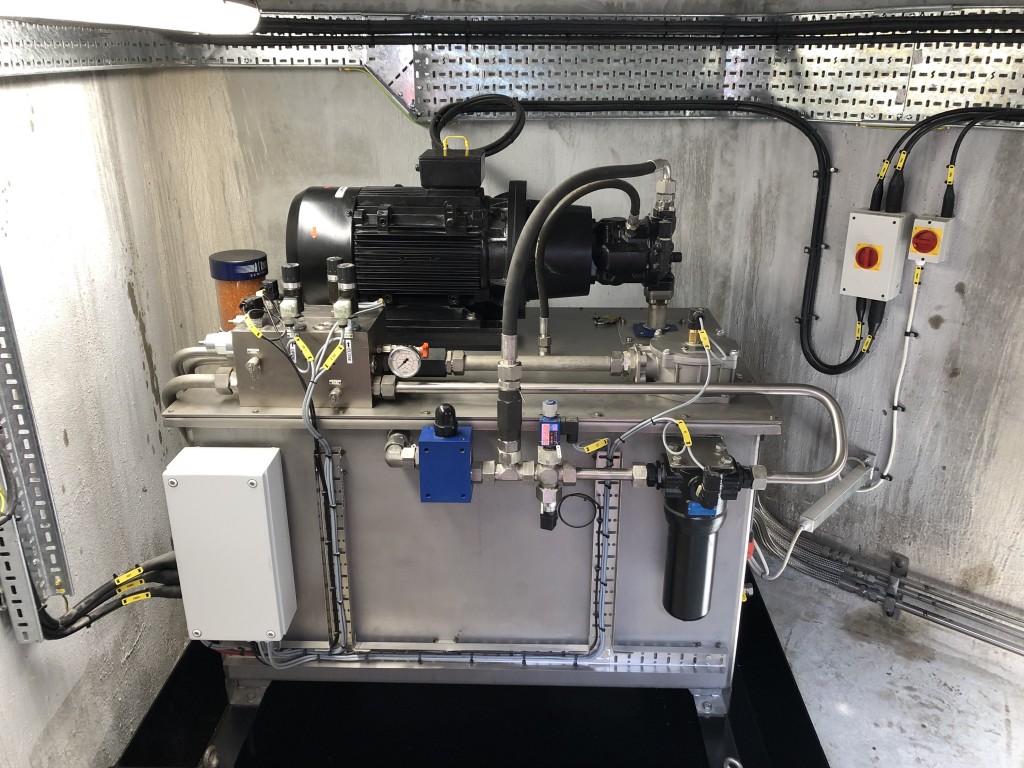 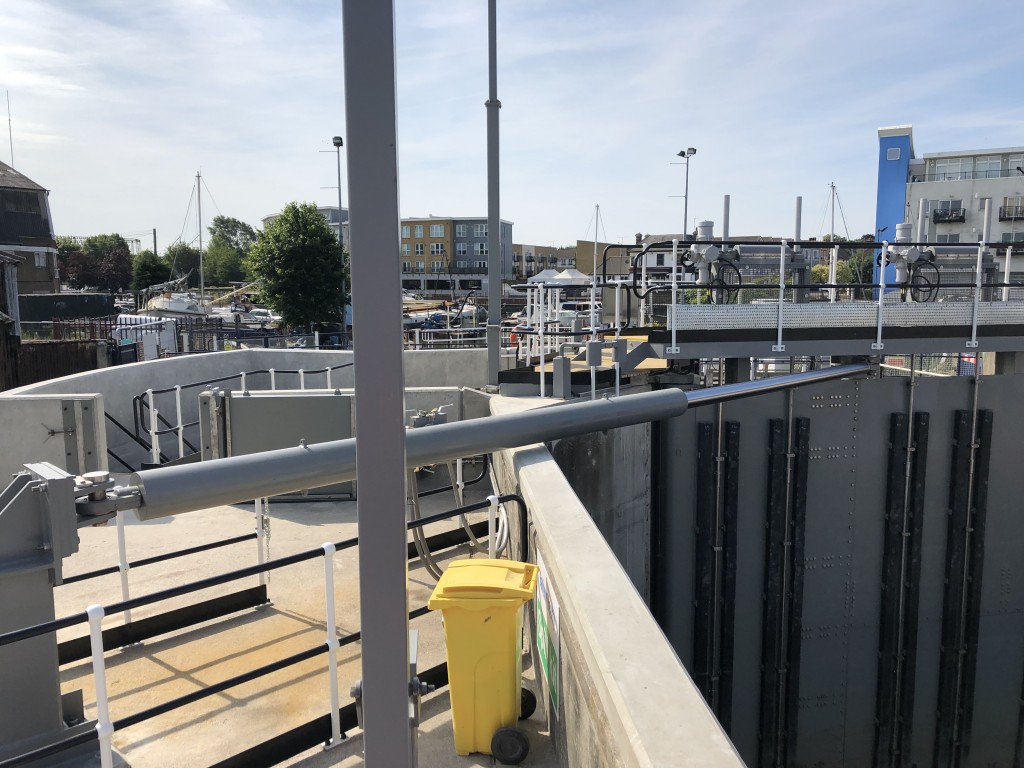 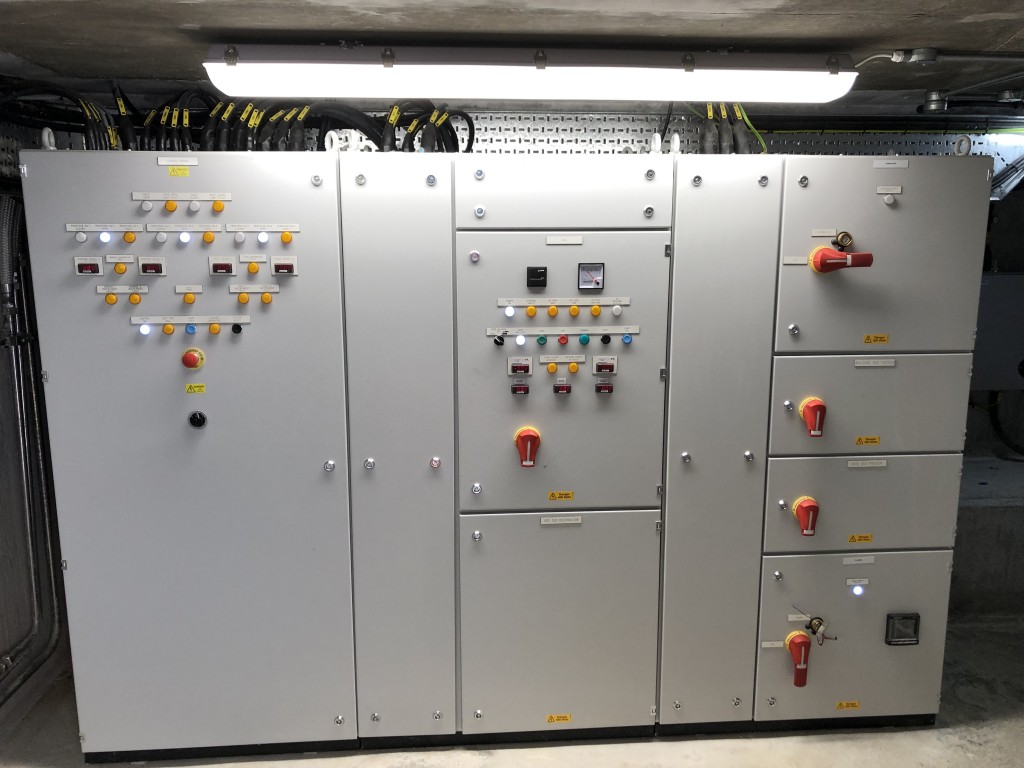