As part of a large scale refurbishment of Alling ton sluice between 2008 and 2010 Huntons detailed designed, manufactured and installed three new sluices gates complete with all necessary temporary works, winching equipment and control system. The original gates were installed 1937 and had served well over their design life. Working alongside Atkins, Huntons designed the new gates which measured 10m wide by 4.5m tall. The gates were fabricated at Huntons workshop in Kent before being installed on site.

The gate operating equipment was wholly designed by Huntons are consisted of a central gearbox driving two outer reel drums which hoisted the gate using ropes. The new design is capable of hoisting up to 15 tonnes which removed the need for counterweights which were used on the old system making the system safer and easier to maintain. A particular challenge for the hoist design was to dissipate the energy from lowering the gate as the motor effectively acts as a generator when lowering, and also to allow safe lowering of the gate in the event of a power cut. Huntons developed a novel hydraulic retarder system which was tested and functioned well, allowing the gate to be safely lowered during an emergency.

The gates are controlled by a custom designed and built MCC located next to the sluice structure. A redundant PLC system running custom software controls the gates allowing for automated fine control of the upstream river level.

As part of the works four large sets of stoplogs were designed, built and installed by Huntons to account for upstream and downstream of the two different sized gates. 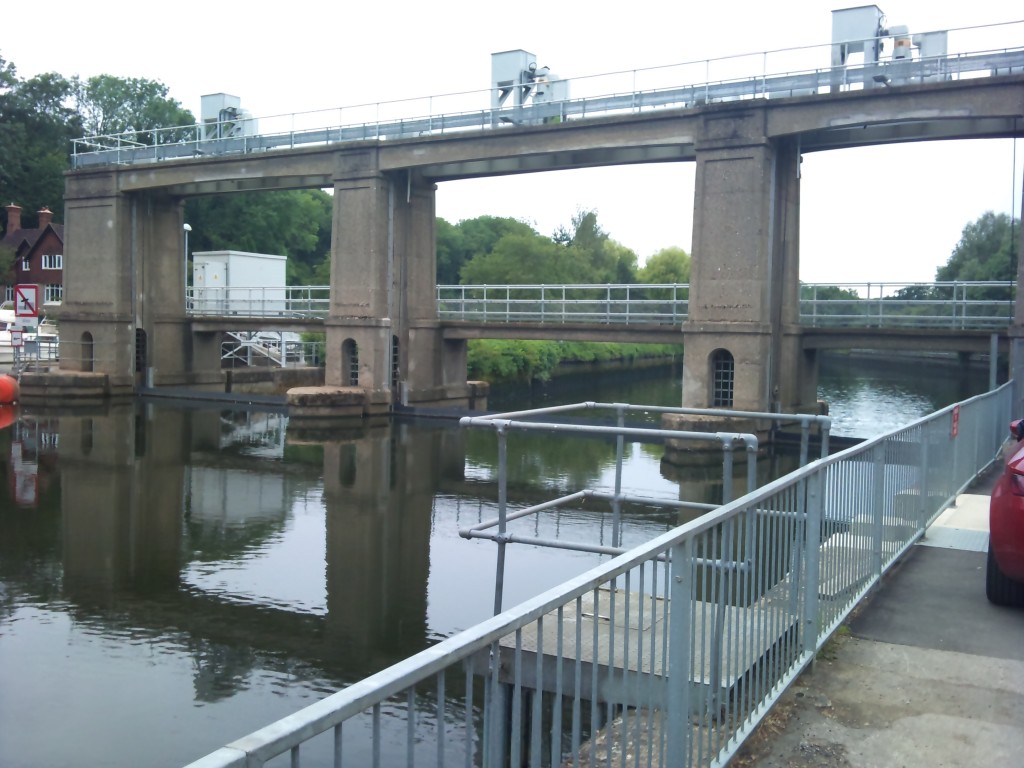 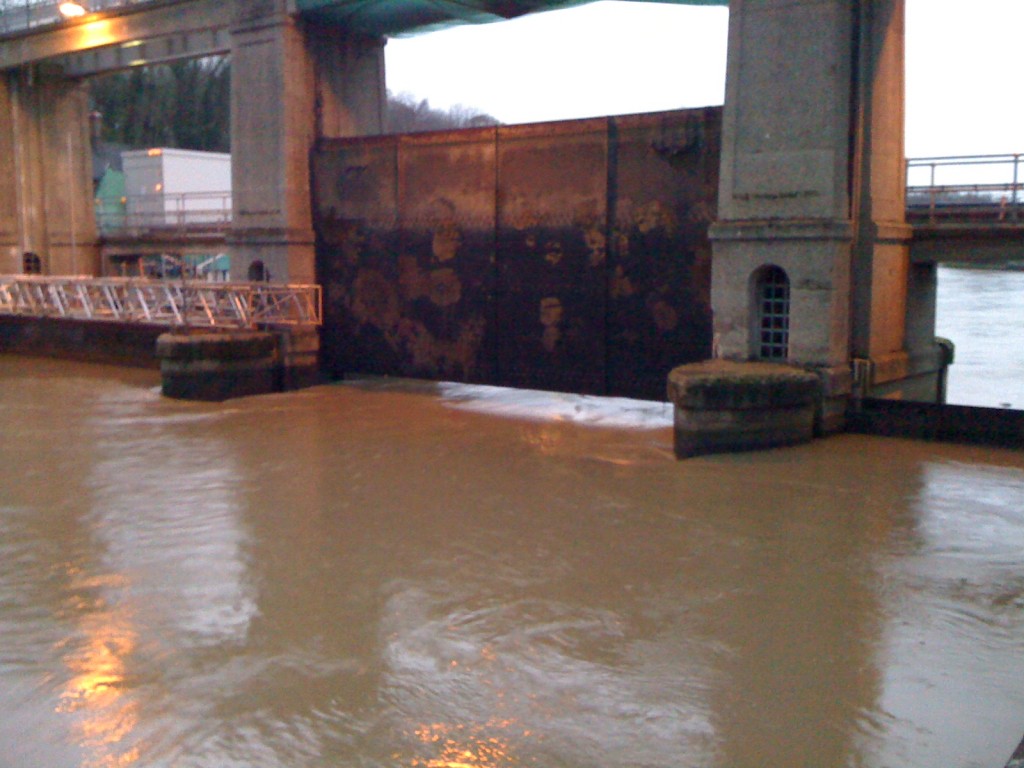 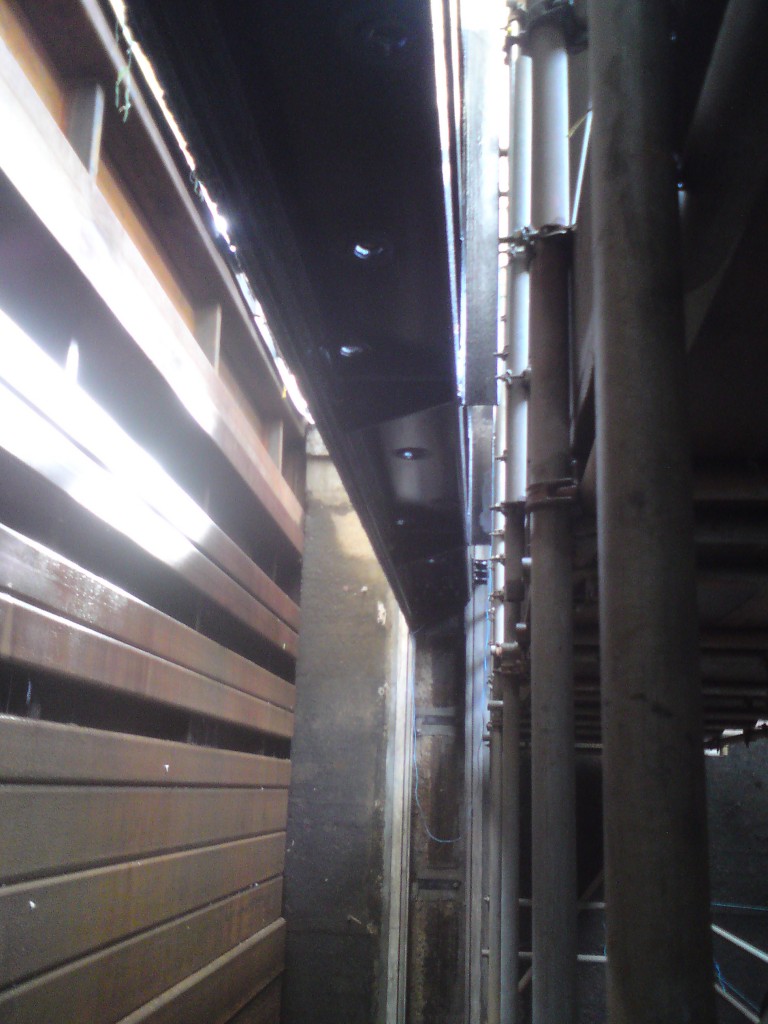 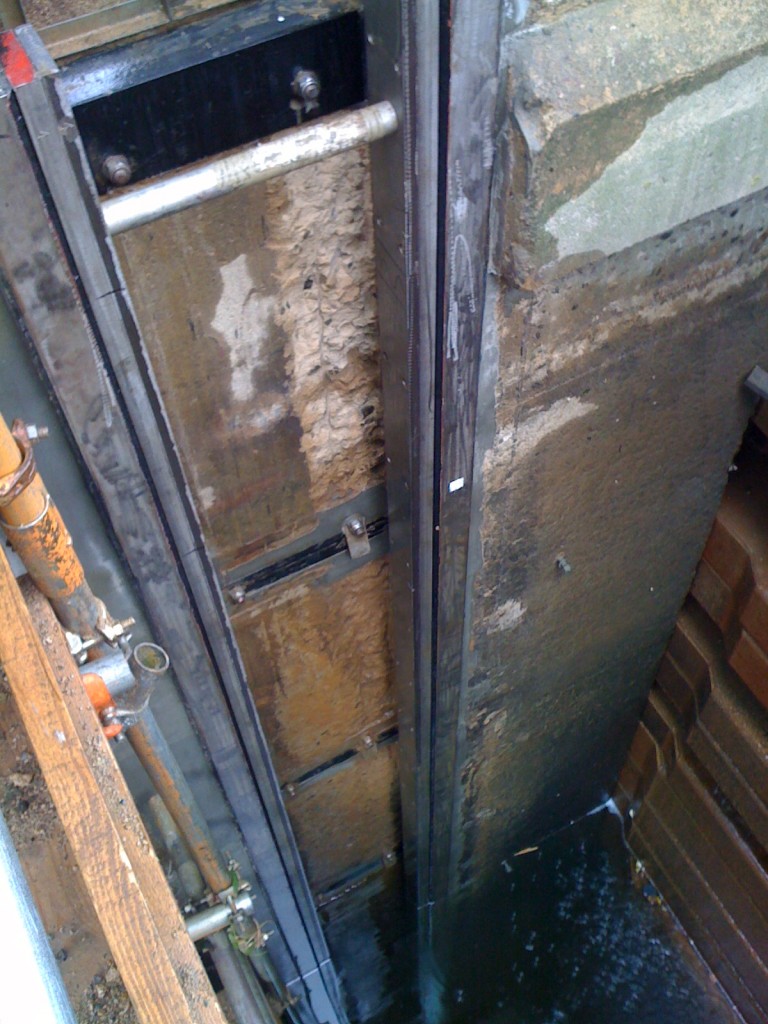 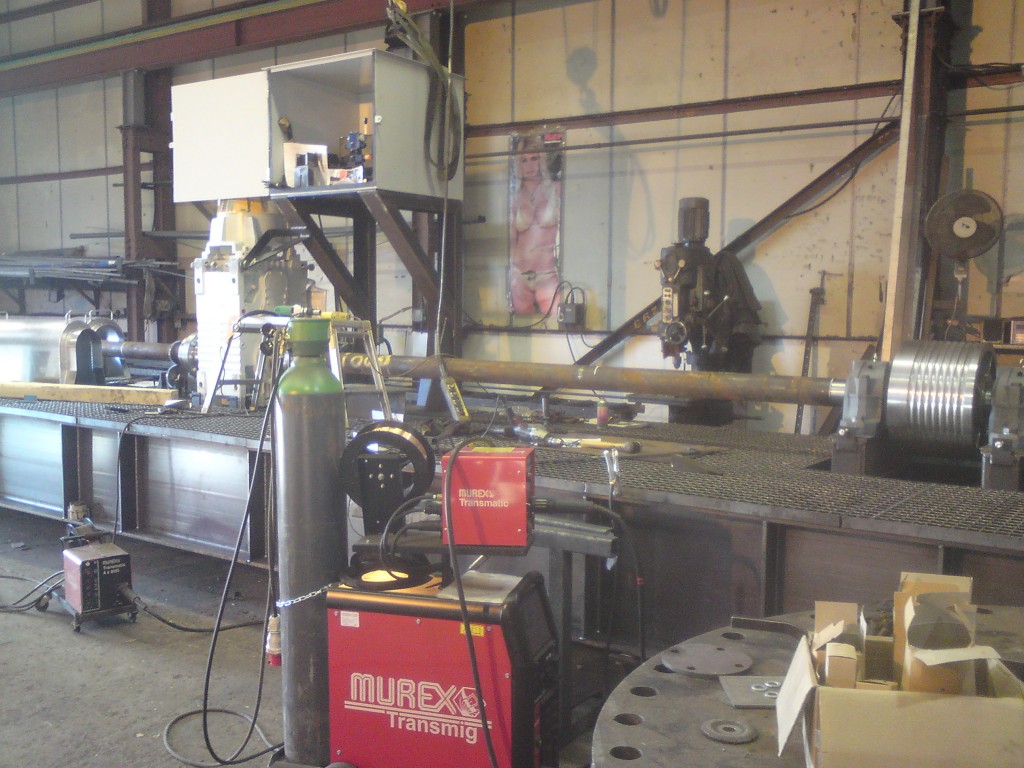 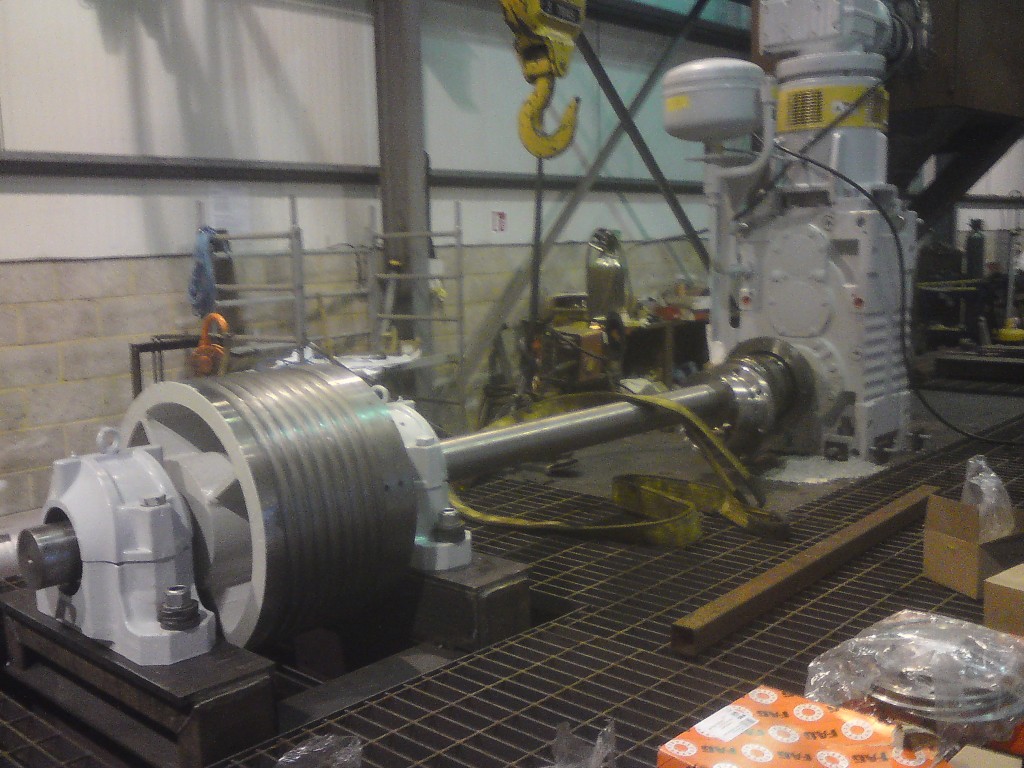 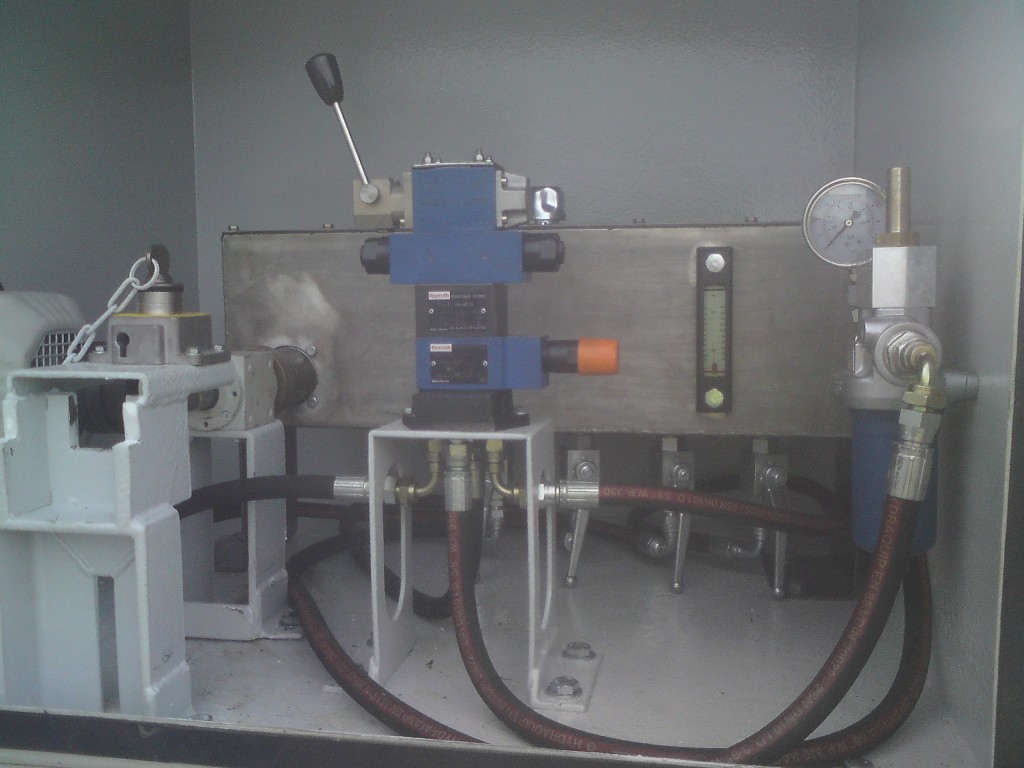 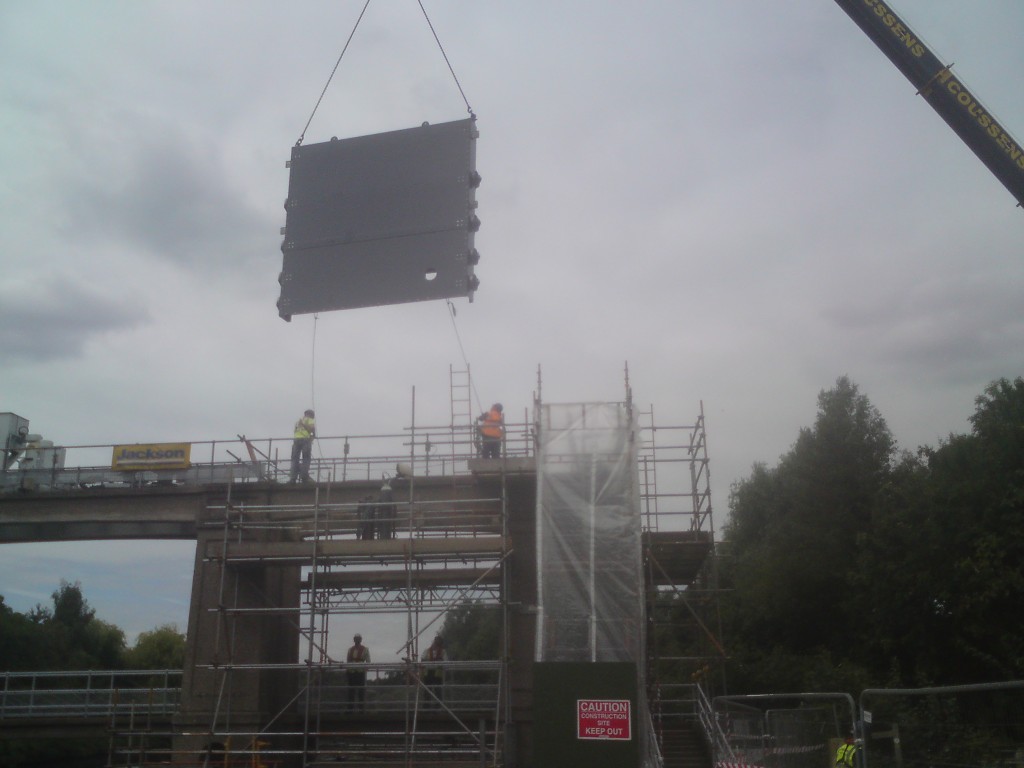 Gate 3 being lifted in 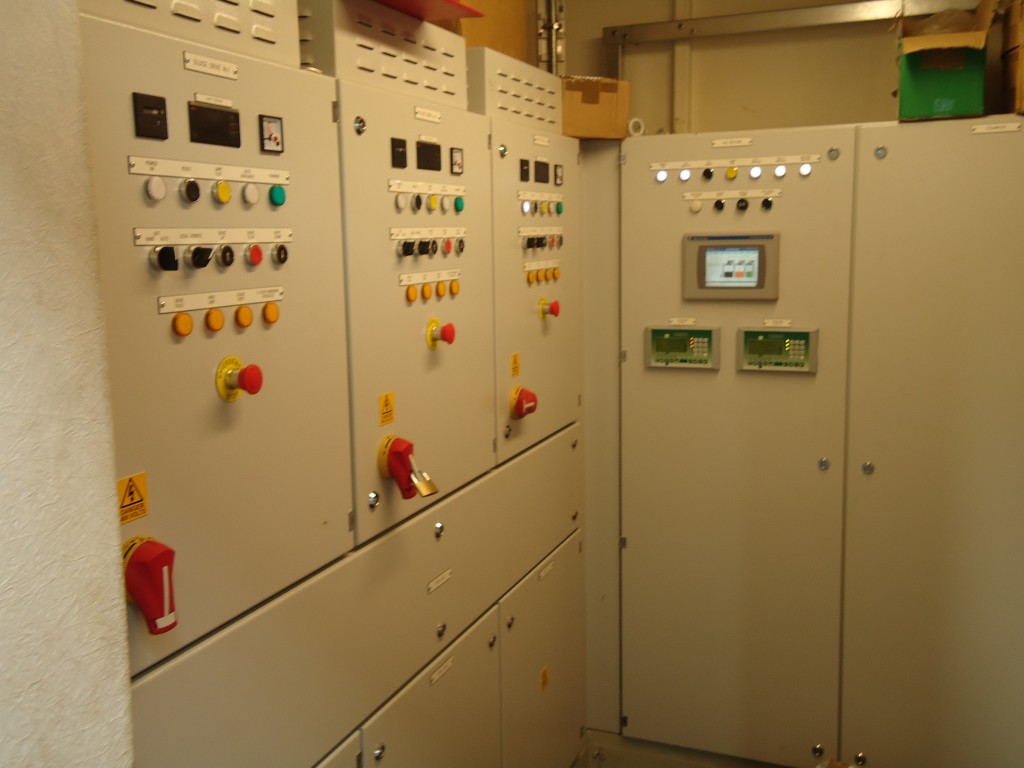 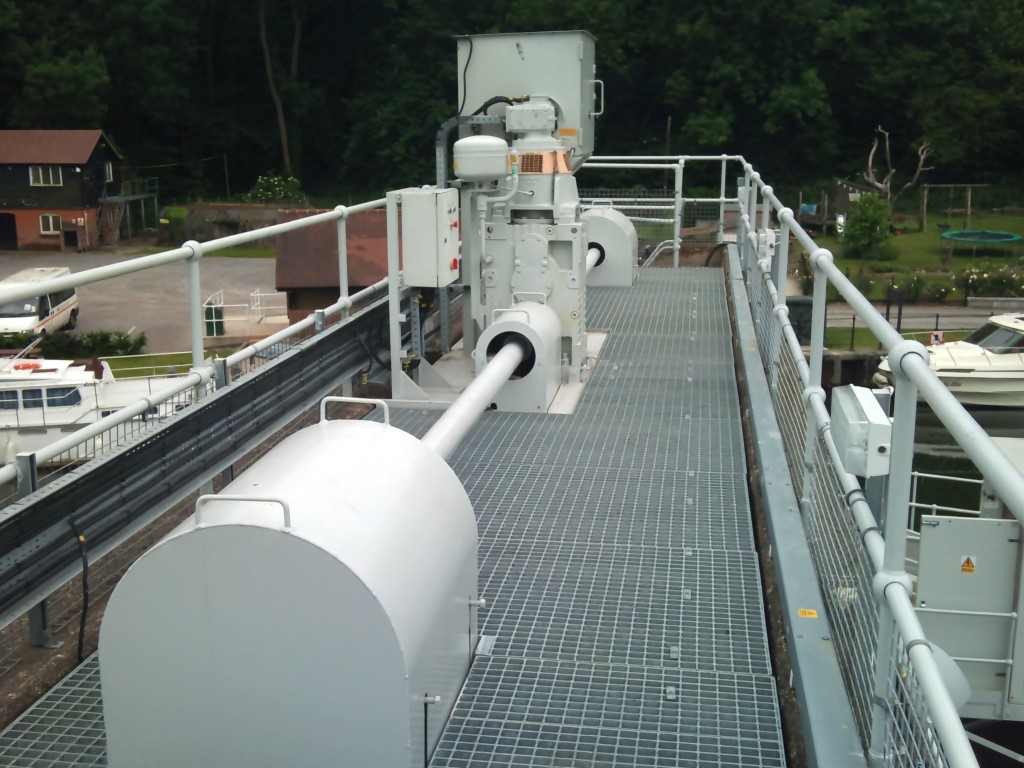 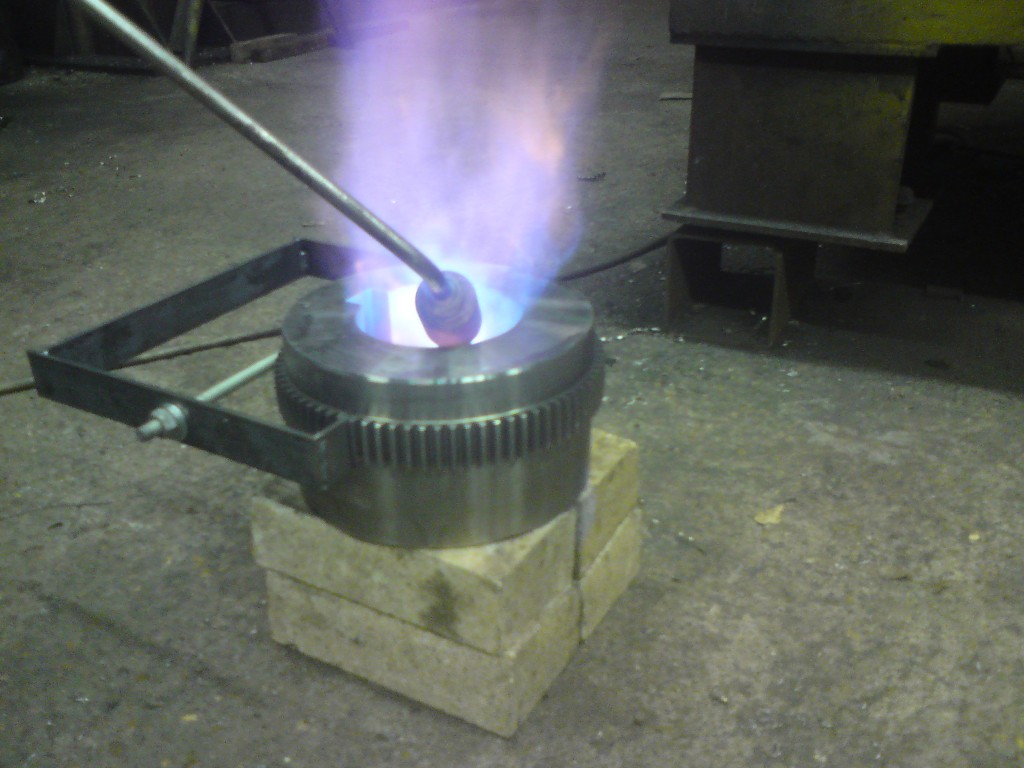